Nadiya, a language teacher, medical interpreter and psychologist from Germany was practicing Yoga and Internal Martial Arts more than 10 years. She uses positive energy of natural movements flow to generate new ideas, overcome difficulties and find positive ways of communication and teaching in a professional life.

In this article she shares with us her own experience, general ideas, and famous scientific resources concerning the effects of practicing Internal Martial Arts.

The term “Internal Training”, is referring to a type of training that focuses on developing our life energy called “Qi”.

We come across “life energy” in every great, ancient civilization of the world: “Chi” (Chinese), “Prana” (Hindu). Different cultures describe this phenomenon with different terminology, but the meaning is always the same. It is an invisible fluid of spiritual nature, streaming through your body “meridians”, “chakras” or organs. Archaeologists find mentions of “life energy-Prana” in scripts written in Sanskrit mid-2nd millennium BCE. One more great script, where we find the term “Chi” is an ancient Chinese medical text of Yellow Emperor – a fundamental document for Traditional Chinese Medicine (TCM), written for more than two millennia.

So what is “life energy”- a widespread ancient superstition, or a “way to immortality” as Taoist monks traditionally used to think? To answer this question we travel from ancient India and China into the modern Europe and come across technological and scientific devices to prove the existence of “Chi”.

Nowadays, researchers and scientist are able to prove the reality of the “Chi” existence, using special modern technical innovations such as Electro-Dermal Screening or ”MSA” (Meridian Stress Assessment), developed in 1940’s, by a famous German medical doctor and engineer, Dr. Reinhard Voll. This method does not only prove the existence of the “Chi” phenomenon, but even more, it offers a possibility to balance health disorders, influencing the flow of “CHI”. In fact, there are many medical and non medical technologies developed to work with “Chi” but MSA is the most famous example in Europe.

Albert Einstein said very famous words: “Everything is energy and that’s all there is to it. Match the frequency of the reality you want and you cannot help but get that reality. It can be no other way. This is not philosophy. This is physics”. If Einstein was right, our thoughts create our reality, but our thoughts are nothing else, but the energy – “Chi”. Maybe Tai Chi makes it possible to influence once life in a positive way, to “create” the own reality.

Everyone experiences really strong wishes and desires, and some of them, being focused in the right time have a great change to come true.

Qi Gong, Tai Chi and Meditation are a good ways to develop strong “Chi” and learn to balance and concentrate it.

So what does it mean for us – non scientists, people, who would like to leave a healthy and a long life? Maybe cultivating “life energy” practicing “internal” martial arts can offer an alternative way to a modern stem cell research and a genetic engineering? Well, it would be definitely cheaper, at least. It seems to be possible if we look at 90 year old Shaolin monks, who are able to run a marathon. Most of them just practice Tai Chi, Qi Gong and Meditation every day.

But everything is not so easy! The real problem is a subtle nature of “Qi”, so that most people find it really difficult to feel how “Qi” flows inside their bodies and “meridians”. Our modern lifestyle, which puts an enormous pressure on the nervous system, causes “stiffens” of our feelings. So we can not feel higher vibrations of “Chi”. We miss the “unit with the mother – nature” and natural flow of movements does not work properly. So “Tai Chi or Kung Fu retreat” in the natural environment of Tianmeng Shaolin Kung Fu Academy could be a great possibility to “come back to the roots”.

If the mind becomes less distracted and less stressed, it would allow the body to relax, giving you a possibility to feel deeply and completely. That’s why Tianmeng Shaolin Kung Fu Academy pays so much attention to internal martial arts practicing, Qigong (life-energy cultivation practices). Qigong and Tai Chi are the best ways of practicing for beginners and older people. It is important to develop the internal power before learning any fighting applications or Kung Fu forms. Additionally, we offer Meditation to balance your emotions.

For those practitioners who are willing to train only Kung Fu – Tai Chi and Chi Gong give possibility to relax and regenerate.

A relaxed body “works” better and is less prone to injuries. So, integrating “internal” rounder and softer movements in the daily practicing routine of every “external” martial artists is a smart idea to achieve best results. 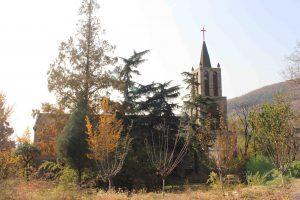 Chinese Kungfu is an abundant and comprehensive training system, which is both body and mind training. Physical training includes the moves bend and stretch, equilibrate, 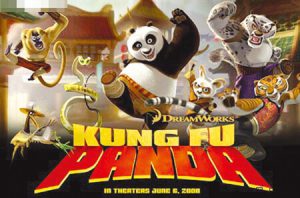