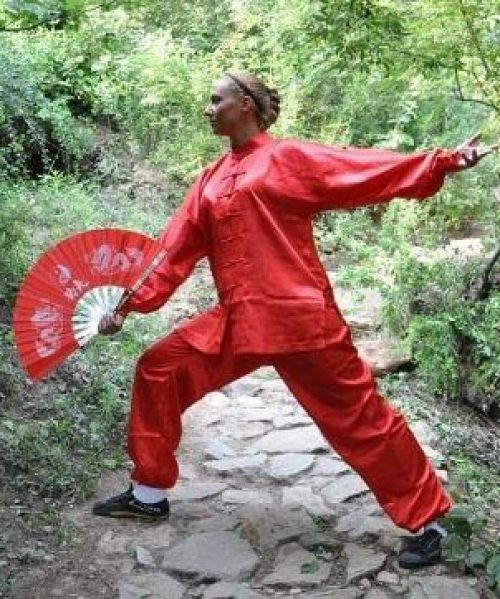 With this letter I would like to express my heartfelt gratitude to Tianmeng Academy. I spent two months in the summer of 2013 and 2014. I’ve returned to the academy for a second time and I will do that as many times as I am able to.

This is not only a Kung Fu school for me, but much more… The atmosphere and the nature are just magical. My life suddenly became easier and inspired at the moment I arrived at the Academy. Kung fu is everywhere and in everything there. As long as you love Kung Fu this is the best place to be! The Academy is made with lots of love, simple but just enough. The owner of the Academy belongs to the Meihua Quan Family, he is taught in a traditional way and that is also the spirit of Tianmeng Academy. Everyone treats you as a part of the Family.

For the time spent in the Academy I studied mostly Meihua quan and Bagua Zhang. Both styles are very old and traditional, difficult to learn out of China. I am very motivated to continue my training further with those styles. Master Wang( one of the Masters at the Academy) said: ” …there isn’t richer man than me, I have the treasure of the Chinese Kung Fu, now and later…” I can say that I haven’t seen a happier and more dedicated person than him. He is 61 years old Master of Tai Chi, Meihua quan and Bagua Zhang at the Academy.

David (the manager of the Academy) helped me to meet with Grand Master Han Baiguang, 16th generation Grand Master of Meihua Quan and study from him and his disciples shortly with the opportunity to learn more once I have the chance to come again to China. Now I am writing this letter from home in Dubai (4.09.2014) just back after this adventure but my heart and thoughts are still in China, counting the days to visit the Academy again and the many friends there.

Related Experiences Of The Students

My name is Rafael, I am 24 and I am from Brazil. I spent one month in Tianmeng Academy. I felt like I was at home. The atmosphere is really friendly. The dorms and facilities are clean and comfortable. The place is simple but cozy. All the staff are great...
★★★★★ 5/5
Rafael
Brazil
Read More
My name is Nadja, I was happy to practice Kung Fu in Tianmeng Kung Fu Academy more than 2 month; this is really a great place to stay. The Academy is special because of the friendly atmosphere and a pleasant natural environment. I have got a Chinese grandmother, my sister...
★★★★★ 5/5
Nadja
Germany
Read More
I´ve spent two months at the academy and I had a really good time there. I will not say what´s is good and what´s is bad about the academy because everyone has it´s on opinion, I will just say what my impressions about this two months are: First of all...
★★★★★ 5/5
Luciano
Brazil
Read More