Master Zhou, the founder & principal of Tianmeng Shaolin Kung Fu and Wellness Acadmey, graduated from Shandong University, one of the top-ranking University of China, He is also a Kung Fu Master specialized in Meihua Quan, Tai Chi, Qigong, Meditation, Taoism Bigu, Wing Chun and Meihua Zhuang. Besides the traditional Kungfu forms, weapons and its application, Master Zhou can also teach Chinese culture, such as Philosophy, ancient military strategy and tactics, Chinese Medicine, Tea Ceremony, and Chinese Calligraphy in fluent English, and such an all-rounder master is not easy to find in mainland China.

Before setting up the Tianmeng academy, Master Zhou was a successful figure with a fancy job, but his lofty thought and compound knowledge naturally led him to path of setting up a Kung Fu and culture school. Instead of chasing up profit like most people do, his aim is to build up a platform for people around the world with common hobbies and dreams to share their experience, feeling, and ideas.

He always says “Kung Fu is a way of living”, and “Learning Kung Fu can help you to do the right things at the right time”, and learning Kungfu with him may lead you close to the core spirit of “Tao” which is fundamental element of Chinese culture.

He runs a Tianmeng Kung Fu & Wellness Academy group in Wechat, if you have any question about Kung Fu, Wellness information or traveling in China, he would like to offer help. Please download an international Wechat and add Master Zhou (His wechat account: 0086 139 699 59286), he will invite you to the group.

The followings are the story of Master Zhou.

Master Zhou was born in Linyi, Shandong Province, China. Just like a lot of Chinese kids, he was a huge Kung Fu fun since young age, and the movie “Shaolin Temple” had ignited his passion. However, entering a well-known University and becoming an elite was the dream of his parents’ generation, so it had never across his mind to learn Kung Fu until he met one of Master Yan’s disciples in 1990 who was studying computer science in Shandong University. That guy started his Kung Fu training with Master Yan, and used to train 2 hours per day on the playground with Master Yan. He said to Master Zhou, a graduate of Shandong University — ranking No.10 nationwide — could become an elite, and could also had an opportunity to combine with real Kung Fu training with a very rewarding college life.

He also explained multiple benefits of Kung Fu to Master Zhou. It can not only help maintain body and mind health, also keep you physically fit and more flexible. Mentally, it contributes to optimistic mood, broad mind and the ability to adapt to different environments and cooperate with others. Apart from self-defense skills, it brings people peace, wisdom, wellness and longevity. The benefit of Kung Fu really inspired Master Zhou, so that he made up his mind to study hard to get into Shandong University. Zhou’s diligence paid off, in 1993’s national college enter examination, he was the No.2 in Linyi area among more than 10 million candidates, which meant he could enter any University includes Peking University and Qinghua University. Best Universities were sure temping, yet Master Zhou didn’t waver. Zhou chose Shandong University so that he could learn Kung Fu with Master Yan.

The dream finally came true, but Master Zhou had studied too hard in the high school to have much time for physical exercise, his physical condition had dropped a lot. He was 1.77 in height, weighed only 55 kilograms, and suffered from insomnia. Throughout four years study in university, Master Zhou worked hard to learn traditional cultural and laws. And when the class dismissed, he spent his time to train with Master Yan. Within merely six months, he became healthy, energetic again, and free from insomnia. Moreover, he gained 10 kg. More importantly, Kung Fu training also had great help to Master Zhou’s learning.

It was a real magical transformation for Master Zhou through Kung Training. They are: healthier body, improved learning efficiency, upbeat personality and stronger mind. Later he graduated in honor and got a good job.

Master Zhou graduated in honor and got an excellent job with high income. It normally takes a new graduates more than 6 years to be successful in the career or society, but Master Zhou only used 3 years. He knows Chinese Kung Fu has contributed a lot to his success, and he always processes sincere gratefulness to Shandong University, Master Yan and Kung Fu. He wishes to spread Kung Fu and so that more people can benefit from it. The desire has grown as a seed and eventually sprouted.

He quit his fabulous job with not looking back, and with his own savings he managed to have Tianmeng Academy running. The Tianmeng Academy welcomes anyone around the world at any age and who wants to visit China for Kung Fu and Wellness training. You can learn Shaolin, Wing Chun, Meihua Quan, Sanda, Meihua Poles, Animal styles, and you can also learn Chinese Traditional wellness lessons such as Taoism Bigu, Tai Chi, Qigong, Meditation, traditional Medicine.

Lately, he made Qigong teaching videos in English. You can watch them from “Tianmeng Mountain Shaolin Kung Fu Academy youtube Channel”.

Master Zhou’s next plan is to deliver more English-speaking on-line teaching videos of Kung Fu, Tai Chi, Qi Gong and meditation. Please feel free to add his personal Wechat account to exchange thoughts or to learn from him. 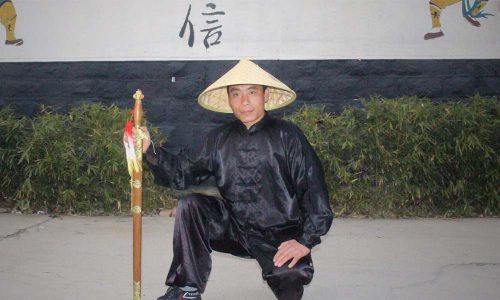 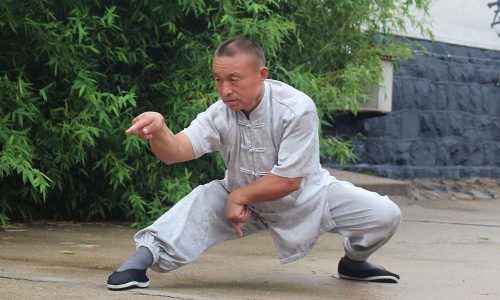